Do you know a Graduate with no future? What is up with these protests?

August 16, 2011/Comments Off on Do you know a Graduate with no future? What is up with these protests?

Let me tell you about one of my little brothers. He graduated college a couple of years ago, and has since bounced from job to job, trying to find his place in the world. He worked in a supermarket, at the fish counter. He works mowing lawns and trimming hedges. In the winter he works snowplowing the roads. He is selling cars right now and looking for another job. His boss canceled all of his days off so that he could be on the lot for 3 weeks in a row, trying to sell cars in one of the worst economies this country has ever seen. He never complains. I have never known a more hardworking person. He is living with my parents and has lived with them since he graduated, because he can’t afford his own place.

Let’s talk about context. I want to talk with you about three lies, and three truths.

Lie: All our lives, if we are American, we are taught that interdependence is weak.

Lie:We are taught that we have to go out and be the lone hero.

Lie: Our culture has taught us that consuming goods will solve our problems and ease our pain. It even implies that without consumer goods, we have nothing and therefore we are nothing.

So if you’re a new graduate, and you don’t want to live with your parents, but get out and be the lone hero and buy lots of stuff, you may feel pretty low right now. Why are you losing?

Change gears for a second. Have you heard about the protests in London and how they are spreading to the rest of England? Then you’ve probably heard about the riots in Egypt, in Spain, in Denmark, in Greece, in France, and other places too. What’s the deal? A whole bunch of people, graduates without a future, rising up? We could see them as thugs and violent anarchists, but what’s the greater context behind the protests?

Um, hello? The austerity measures that the EU is trying to put into place are basically helping millions of people fall off the poverty cliff, and I am not down with that.

Dr. Cornell West and Tavis Smiley on the Poverty Tour

And now here we are, in America, with the same austerity measures, poverty of graduates with no future. Luckily Tavis Smiley and Dr. Cornell West are on tour exposing poverty in America.

Paul Mason of the BBC talks about “A new sociological type: The graduate with no future.” in his article, “Twenty reasons why it’s kicking off everywhere.”

Nothing left to lose
His article explains that when people graduate and there are no jobs for them, they decide to get connected and go and protest. I don’t agree with everything that he says, specifically when he says;

“This evaporation of a promise is compounded in the more repressive societies and emerging markets because – even where you get rapid economic growth – it cannot absorb the demographic bulge of young people fast enough to deliver rising living standards for enough of them.”

Londoners seem to think that there are root causes people like Paul are overlooking. I think we could all have better standards of living with better corporate taxation and better funding of NGOs, nonprofits and charities from the government. And as I understand it, the protests in Tottenham Court in London happened in part because youth clubs were shut down and youth had no place to go. A case for funding more social services and more charities if I ever heard one! 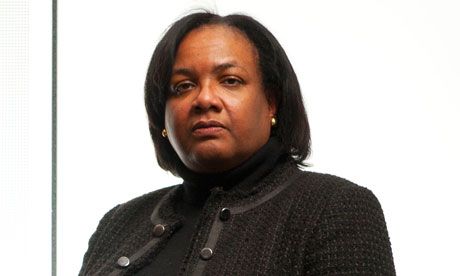 According to “This Can’t be Happening”The slashing of social service funding, particularly for youth related matters from education to recreation, by Britain’s Conservative led coalition government, has accelerated the conversion of Tottenham into a “tinder box waiting to explode,” declares Diane Abbott, the first black women ever elected to Britain’s Parliament. Abbott represents a district adjacent to Tottenham.

When people protest, and break shop windows and set fire to cars, as they did in London a few nights ago, it’s because they have nothing left to lose. They are galvanized enough to demand change. You may not like their methods, but they may feel they have no other choice, that no one will listen unless they resort to violence.

Social Media aids protests
Paul goes on: “6. Horizontalism has become endemic because technology makes it easy: it kills vertical hierarchies spontaneously, whereas before – and the quintessential experience of the 20th century – was the killing of dissent within movements, the channeling of movements and their bureaucratization.”

The methods employed by many protesters in Egypt, England, and France include social media, which allows for people to act more like the Apaches, who resisted against American “manifest destiny” for years because they were decentralized and everyone could be a leader, communicate with each other and then drop back into the scenery and be an ordinary citizen again.

We’ve got protests by graduates with no future. they are in debt for school, and they are struggling to find work, or giving it up and just getting mad at the system, and deciding a brick through a window is better than sitting at home just feeling depressed. They call up their friends, and learn to do things together to express what’s happening.

Truth: Interdependence makes us all stronger. We are better together than we are apart.

Truth: Consuming goods is neither good nor bad. Obviously, buying fair-trade and local is important, but apart from that, consuming is as apolitical as brushing your teeth. No one really cares if you don’t drive a Ferarri. No one really cares that your clothes don’t come from the most expensive shop in town. Your life is worth just as much if you have a million dollars or one dollar. When we help donors care about our causes, we are encouraging them to step out of a dream of consumerism, and into one where we can help make people who are economically disadvantaged matter more.

When I see those protests in London, Paris or Greece, I think, “My little brother, if he was a bit more politically aware, could be there. He could be allying with people who have nothing left to lose. He could be attempting to make change.”

How does this apply to us, here, now? What can we do, where we are, in this moment?

We need to be helping new graduates ally with our nonprofits and help them see that they can help make a better world without violence.

We need to depend on each other, to recognize the strength in building networks of friends, colleagues, and family members. To build coalitions and alliances with other sister nonprofits so that we can set the example for others, save money, save time, and get more things done.

No matter what your political inclination, you must admit that the world economic system is pretty broken. We all need to work together now.

Can you make a commitment to reaching out to a nonprofit with a similar cause to yours this week? Even if you feel like your plate is full, can you lend a hand to someone for an hour?

Fundraising can be a lonely job. The more we communicate with each other, the more we can depend on each other, create relationships not just with donors but with other fundraisers, and share our knowledge, our expertise, and our time to help lift everyone up.

Are you ready for an #onlineconference that is any

Learn Radical Ownership: Heal Your Past, Present a

When i ask people to imagine a postcapitalist or p

Can't wait to see you there!! EndofPatriarchy.co

EndofPatriarchy.com Happening this oct 25, 27 and